[special_font size=”20″ unit=”px” ]Shoot Blue: You shot your first feature, “Cold Blow Lane”, early this year – how did you go about turning your script into a movie? Did you collaborate on the script at all? [/special_font]

Lorna Nickson Brown: Penny wrote the script herself. Together we took the script, sat down, and tried to work out how we could condense the whole thing and shoot it in two weeks – that’s realistically what the budget allowed, but was also because of actor’s availability. We were very lucky to have a fantastic cast, including Susan Lynch, one of our main characters, and an amazing young actress called Grace Chilton playing the lead, Mary Henry. We knew we’d only have them for a limited amount of time.

Penny Andrea: I think the fact that the script was written with real locations in mind, we were able to break it down into locations and then the cast availability. Lorna did an amazing job with the schedule and worked out when these restrictions crossed over and when we had to shoot.

LNB: Because this was our first film, we were obviously learning as we went! We realised that permits and permissions, especially in London, could be tricky to get hold of. We had a fantastic location manager, Guy Weller-Poley, who pretty much made the film possible. Most of the shots were exterior shots and usually set at night, but he managed to pull it together. We realised that half the battle is having a great cast interested in the script, who are available and want to do it – that’s when you can make it work.

[special_font size=”20″ unit=”px” ]SB: What were the main issues you faced filming this project, and how did you overcome them?[/special_font]

LNB: I think the biggest thing is that you have to get the right team. It’s like a jigsaw puzzle, you have to have all the right pieces. Penny and I also have a strong relationship, so there’s a constant dialogue between us about what we wanted and what was possible, and I think realising our limitations was crucial. Certainly for this kind of micro-budget film!

PA: I also think that myself and Poppy (collaborator & 1st AD) being able to have disagreements, and for that to not stop anything but be a good thing, is really important. For us to not fall out when we had disagreements sort of paved the way for the shoot.

LNB: Yeah, but we still had to improvise so much!

PA: I’d wanted a really specific car, I had to have a 1993 Volvo Estate – it has to be this, but the closest Lorna managed to find was a beautiful mother-of-pearl Saab. Then the guy driving it turned up and said, “The only thing is that the windows have all stopped working just now, you can’t open the window.” I had written the whole scene through the window of this car, so an example of thinking on our feet was just to open the door!

LNB: We did have to be open to change and not be too precious about an idea whilst still being true to what you initially wanted.

[special_font size=”20″ unit=”px” ]SB: How was it for you to bringing people not involved with the writing process onto the film?[/special_font]

PA: As you know, sometimes it works out, sometimes times it doesn’t. Between Poppy, Lorna and myself, we did know in quite an exact way what the script is about and what we mean by making it. We were able to communicate this to the team.

LNB: We had a shared vision and a strong core. We also had an initial reading for the actors and some of the crew before shooting, we found a lot of people were doing it for the love of the script.

PA: When people who didn’t understand [the project] tried to change it, it didn’t work – people that felt at home on the project were on the project. They were the ones able to make their presence felt, they’ll go away feeling like they’re part of the film – and they are – and that they’ve imparted some of their identity into it. If someone came in and said “we can do this but then you have to do that”, it didn’t work.

LNB: For example, Susan Lynch offered something different and [Penny] embraced that because it was within her vision. I think when people are offering something new but it’s within Penny’s vision, then we respond to it and it’s a great thing.

PA: I write scripts in a very over-descriptive way, it doesn’t necessarily follow the conventions of other scripts, which can be quite bare. That’s not because it’s prescriptive or “it has to be exactly like this”, it’s more to impart a tone so people understand the world and so the ideas that they bring to the set are of the world. You can incorporate changes because they understand what they’re changing – they feel part of it from the reading.

[special_font size=”20″ unit=”px” ]SB: How did the actual shoot go? You only had two weeks to do what sounded like quite a lot.[/special_font]

LNB: It was probably one of the hardest things I’ve ever done, and the most satisfying. We were working practically non-stop because we were doing so many other things other than just producing or directing. With micro-budgets, you just have to make it work.

PA: And learn to accept the uncontrollable things like the weather. And traffic! I try to be calm about the things I can’t control and drink coffee instead.

[special_font size=”20″ unit=”px” ]SB: Do you have any advice for young filmmakers on how to get their first script off the ground?[/special_font]

PA: I would say to them to make exactly what they want to make, don’t make what anyone else wants you to make. Don’t be like “no, that’s not happening”, but be able to explain your creative position. Don’t be stubborn for the sake of it, but the shooting schedule is so hard that it’s only worth it if you come out with what you want.

LNB: But it is also about realising your limitations – go for your vision, but realise what those limitations are and work within them. Don’t try and make Titanic if you haven’t got the budget. Also, get a fab cast, strong actors. I’m from a performing background so am all about the cast; if you put the right actors in the right space, they’ll be happy and be able to work at their best to produce something great.

PA:  If everyone is thinking about the importance of creating the right atmosphere for the actors then it’s a big help.

Cold Blow Lane is due for release Spring 2018. 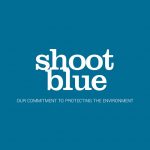 Shoot Blue and the Environment 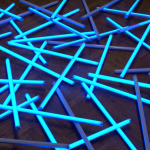 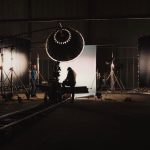 On set with Emma Bunton 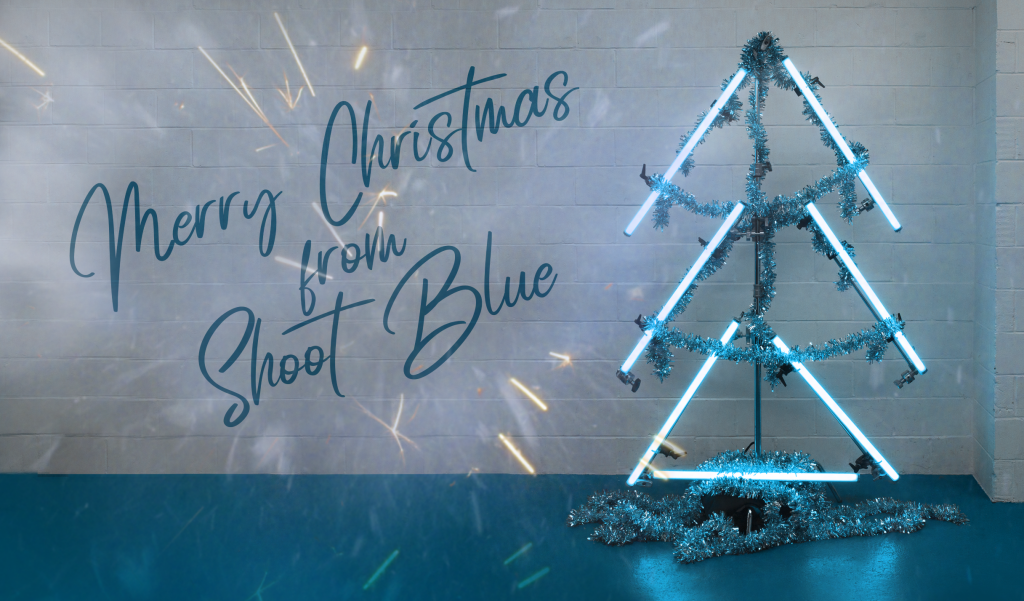 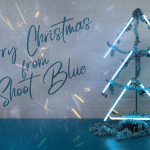